Microsoft has demoted build 17133 from RTM status internally, which means it has compiled another Redstone 4 build at the last minute that it is hoping will be stable enough to pass the criteria for rollout to the public. That build is now rolling out to Insiders in the Fast ring for testing as build 17134, and includes no new features. 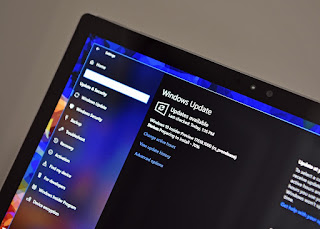 As Build 17133 progressed through the rings, Microsoft discovered some reliability issues they wanted to fix. In certain cases, these reliability issues could have led to a higher percentage of (BSOD) on PCs for example. Instead of creating a Cumulative Update package to service these issues, Microsoft decided to create a new build with the fixes included.

Microsoft says it found reliability issues with build 17133 during testing and an undisclosed blocking bug just a few days before Redstone 4 was supposed to begin official rollout. So Microsoft delays the public release indefinitely, and demote build 17133 from RTM status. Now, build 17134 is Microsoft's next attempt at an RTM build.

Build 17134 is already available on Xbox One, and will soon be available on HoloLens and IoT as well. If build 17134 reaches the necessary criteria, this will be the build that rolls out to the public later this month.